Ronald van Spandonk was born in 1970 in Belgium. In 2000, he was elected by the BBC as New Generation Artist, consequently invited to play with the Scottish BBC Symphony Orchestra, the BBC Philhamony Orchestra and the Wales National Orchestra, with which he appeared at the 2002 Proms concert. He played recitals and chamber music concerts in leading venues in the UK, in Edinburgh Festival and with the orchestras of Lieges and Belgium Radio, Portugal, Finland, Berlin, Zurich and Luxembourg. He has appeared at the Santuri Hall in Tokyo at the Special New Classic Artist under JAL. His chamber music partners are prominent internationally acclaimed musicians. Ronald van Sphandonk won first prizes at several international competitions, including TROMP, Dos Hermanas and in Rome. Among his teachers are Leon Yaqoot, Walter Boeykens, Anthony Pay (London) and Karl Leister (Berlin). His numerous CDs received critical acclaim. He serves as Artistic Adviser for clarinet manufacturers and teaches at the Mons Conservatoire and the Brussels Royal Conservatoire. Since 2013, he also teaches at the Ecole Normalede Musique in Paris and Honoris Causa lecturer atGuangzhouConservatoryin China. 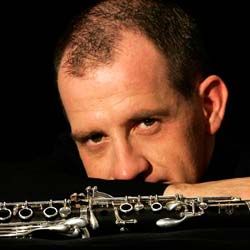